When you think of the word freedom, what’s the first thing that comes to your mind?  Free speech? Pickets and rallies? How about a soldier in uniform, fireworks, or even the American flag?  As Westerners, the idea of freedom often leads us to the rights of every individual. Because every single person matters, regardless of […]

Why We Should Involve Children in Development

In his book, “Empowering Children”, former Forward Edge board member, Dr. Ravi Jayakaran, shares the importance of involving children in the process of their own development. When a community invests its resources in its children, it invests in its own future. Just as Forward Edge values all children and believes they have dignity and are […]

As Christ-followers, we give to others to follow Christ’s example and to invest in His eternal Kingdom. We trust Jesus when he said, “It is better to give than to receive” (Acts 20:35). While it should never be the reason why we give, a secondary benefit when we do, in America, is the tax savings […]

Get Them Jesus and an Education 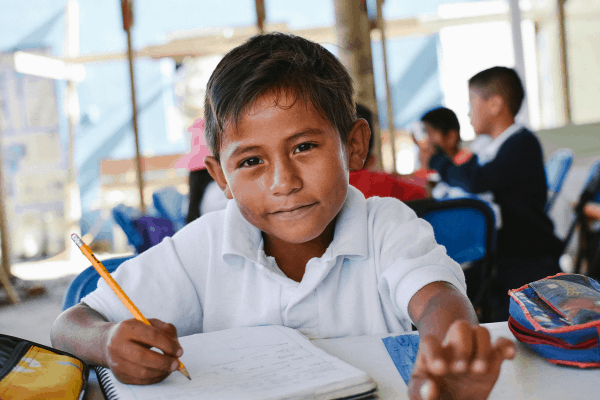 In my mind, I can still hear her cries of defeat and see the tears pouring down her face. I can see the “I am stupid” notes she had written on her school worksheets that day.   My precious eight-year-old daughter was fighting to overcome dyscalculia – basically the math version of dyslexia – and we had no idea. It was breaking my heart to watch […]