A well-known 19th-century philosopher once said: “He who has a why to live can bear almost any how.”

So, what does that mean? It means that someone who’s found a purpose in life—a “why” to live for—can overcome any obstacle in his or her path. It means that if you know why your life matters—and have a positive purpose for living—you can suffer through almost any defeat without giving up or falling into despair.

The vital importance of “knowing your why” is what inspired me to create the new online course: Living on Purpose / The Eternal Call to Meaning and Adventure. The premise of the course is that every person was designed and equipped by God to reach outside themselves to serve and bless others, which is the key to living a meaningful life.

Recent scientific studies confirm, in fact, that human beings are neuro-chemically wired to need purpose…purpose being defined as “the reason for which something is done or created or for which something exists.” You could also say “the reason for which someONE is created or exists.” In other words, our purpose as individuals is our usefulness, our contribution. And it’s the ability for purpose to lift our eyes off of ourselves that makes it so powerful in enhancing both our spiritual and physical well-being.

A recent study from Rush University, for example, showed that older people with a risk for dementia who “identified a purpose in life outside of themselves” were only half as likely to develop Alzheimer’s, while a 15-year study in Japan found that a “strong sense of purpose” resulted in a 72 percent lower risk of stroke and a 44 percent lower rate of heart disease.

Two recent UCLA studies actually identified a part of the brain—the posterior superior temporal cortex—that seems to be hard-wired for altruism, which is a selfless concern for the well-being of others.

These studies revealed that when we reach outside ourselves to help others we reap a neurological and physical reward in the form of a rush of oxytocin, serotonin, and dopamine—what neuroscientists call “the happiness trifecta.” Oxytocin supports empathy and social bonding. Serotonin regulates mood. And dopamine plays a major role in motivation and movement.

You see, without some higher purpose for our lives we don’t feel any motivation, which confirms what the Bible says in Proverbs 29: “Where there’s no vision the people perish,” or as it says in another translation “the people lose heart.”

Living for something greater than ourselves is also the only way to overcome the emptiness and boredom we all feel at different times in our lives; the only way to maintain hope and transcend life’s hardships; and the only way to make our unique and needed contribution to God’s purposes in the world.

Most of us grew up hearing these words from the Declaration of Independence: “We hold these truths to be self-evident, that all men are created equal, that they are endowed by their Creator with certain inalienable rights, that among these are life, liberty and the pursuit of happiness.”

What many have discovered throughout the ages, though, is true happiness can’t be “pursued.” Happiness is actually a byproduct of the pursuit of meaning. It’s the result of a certain kind of life.

If you don’t believe that, someday take time to see how frustrated people spend their time. You’ll likely find their lives filled with a desire to get away, to go on vacation, to buy more stuff and make their lives more comfortable.

Then search out the radiant few, and you’ll find them sitting beside sickbeds ministering to people of God’s goodness. They’ll be carrying food to the hungry or interceding on behalf of others. You’ll find them sharing the profits from their businesses to help people in need, empowering individuals, and sometimes whole communities.

In fact, you’ll find them in nearly every occupation and place on the globe. And one thing will always be true: they won’t be pursuing happiness. They won’t be asking to be served, but asking to serve. From first to last, the men and women who were and always will be the forces for good in the world are those who rejoice in the title: servant. In short, they’re those who’ve found “a why to live” that’s greater than themselves.

Perhaps you’ve found a part of your “why” by participating in God’s work through Forward Edge: by serving on mission teams, sponsoring a child in one of our international programs, or donating some of the profits from your business to help transform the lives of vulnerable children. The number of “whys” God can call a person to live for, though, are virtually endless. The only criteria are that it’s something that benefits others, something that aligns with your unique gifts, passions and life experiences, and something you could never accomplish without God’s help.

Would you like help finding and pursuing your God-given “why”? If your answer is “yes,” go to www.living-onpurpose.org and sign-up for my new e-course. It could be one of the most important and rewarding decisions you’ll ever make. 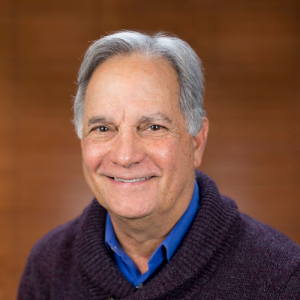 In the midst of Holy Week, we find ourselves in a unique season of self-isolation and deprivation that coincides with the religious tradition of Lent observed by many Christians. Lent is a time of preparation – a period of giving up or sacrificing something in preparation for something better that

It’s Okay to Be Angry

Our country is reeling right now. As if the global pandemic wasn’t challenging enough, the senseless murder of George Floyd has turned our country upside down. So how are we, as followers of Jesus, supposed to respond?   First, it’s totally appropriate to be angry. Scripture confirms in Psalm 4:4 and

Presenting Your Mission in 5 Steps

When it comes to sharing with others about your mission, calling, or passion for a particular cause, your main objective should be to connect with your audience. Get them engaged emotionally and intellectually so that they are ready to receive what you have to say. Whether you are one-on-one or

“Don’t Worry – Be Happy.” It sounds cliché and is easier said than done. Especially when we’re in the midst of something we feel is robbing us of our joy.  Difficult times are an unfortunate part of life, but they are also opportunities for growth. Many of us believe, even if unconsciously, that our personal 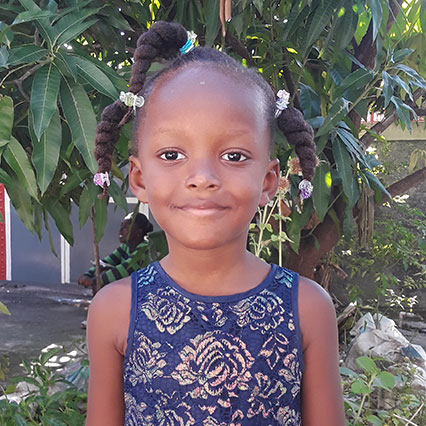 Bonjou (hello), my name is Needjie

Needjie lives with her parents and her little sister in a four-room house with no electricity. They use an outdoor bathroom and kitchen. Needjie’s mother and father are both employed as teachers.