A New Open Door for Ministry

The recent “normalizing” of relations with the U.S. has provided a historic opportunity to support the work of the Church in Cuba. For more than 50 years, Cuba was officially off limits to U.S. travelers. But that is changing. Now YOU can be part of what God is doing there!

For most of the past half-century, Cuba was officially an atheist state. In 1962, Cuba’s government seized and shut down 400 Catholic schools, and many church leaders, including pastors and priests, were sent to labor farms for “re-education”. While both Protestant and Catholic churches remain restricted in their activities, they were never outlawed altogether. In 1984, Catholics and Protestants were allowed to conduct mass and worship services respectively. Since then, the growth of the Church inside Cuba has been phenomenal. By 2004, almost 20% of all Cubans were attending weekend religious services, compared with less than 1% in 1984, a growth rate of 1,960 percent!

Since personal income is regulated by the government and ranges from $20-$50 a month, most of the country suffers from extreme poverty.

Serve children and families living in extreme poverty in this beautiful country where the Church is on the move. 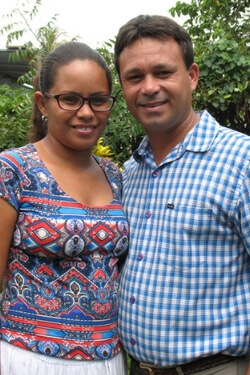 Gabriel Vega López and Leidis García Tejeda were both born and raised in Cuba. They grew up in different places and met at the former Teachers Training College in Santiago de Cuba in 2002. During their courtship they were able to save enough money to buy some land to build a house, and they were married on April 19th, 2006, a year after Christ came into their lives. They live with their young daughters Sol Beatriz and Luna Betsy in the city of Santiago de Cuba.

After eighteen months of discipleship, both Gabriel and Leidis were baptized in 2006. A month later, they began serving the Lord in different areas in their church. Gabriel has served as a Sunday School youth and adult teacher, as a local missionary, and church administrator. He is currently teaching youth Sunday School and is the leader of his church's Evangelism Team. Leidis is serving as Church Secretary and Womens Ministry leader They have both served at retreats and camps with children from their church. They continue to pray over new ways they can serve the Lord in their community. 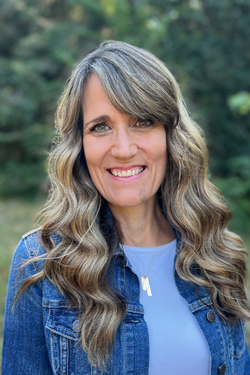 Driven by compassion for Kosovar widows in late 2000 after serving on a short-term mission trip with ForwardEdge, Sheri and her husband, David, have continued to return to the Balkans and elsewhere to facilitate short term teams. They love coming alongside those sharing the love of Jesus in their own countries. In 2005, they, along with their 3 kids, moved toAlbania for a year-long assignment recording and supporting the Albanian worship community.

Now in the empty nest phase of life, they continue their day jobs, enjoy adventures with their married kids and 4 grandkids, and remain passionate to see God's redemptive work in and through ordinary people in the local and global church.

What drew you to the mission of Forward Edge?

The fact that God uses ordinary people to serve him with whatever they have!

If you could have dinner with any person in history (except Jesus) who would it be and why?

I would have dinner with my grandpa who died before I fully understood the power of prayer. A farmer and rural college maintenance man, tennis champ, and traveling worship leader himself (he played the saw!), I've heard stories all my life of his dedication to prayer for his family — I'd like to thank him and continue to learn from him.

What is something about you others are often surprised to learn?

People are usually surprised that I'm an engineer and got to work in San Diego right next to the dock where the Navy dolphins trained.

Hi! I’m Sheri, the Cuba Team Coordinator. I look forward to working with you to plan your life-changing week in Cuba!

If you’re interested in organizing a team of 10 or more, you can contact us by filling out the short form below. If you’re an individual looking to join a team, you can scroll through our list of open teams.

Contact us today to start planning your mission team to Cuba!