Why Didn’t I Cry?

Off On a Mission Trip

I’ve never been on a mission trip like this. This was the first time we served with Forward Edge and the first time our two daughters had joined us, but that’s not what made it different. On this trip I didn’t cry.

My husband and I had both been on mission trips before with other organizations, often with many tears involved. As we boarded the plane for Oaxaca, Mexico, I anticipated feeling emotions similar to those I’d experienced on past trips.

The next morning was filled with joy as we finally met our sponsored children. One of the children, Kevin, immediately came running up to our family as soon as we entered the children’s program. He hugged me and I felt like my day was complete. His smile could be seen from across a room.

I watched on the first morning as Victor, the program director, shared from the Bible and led a discussion with the kids. At first it seemed ordinary, but slowly I noticed something different. Victor seemed to know each child by name. They listened closely and were captivated by him.

I thought perhaps they were just really obedient children, but I soon realized: Victor and his wife, Lety, had a personal relationship with each child. They were not merely children attending a program; they were dearly loved by Victor and Lety. They were seen. They were listened to. They were cared for. They mattered. They were important.

Not What I Expected

I found myself in the middle of the week remembering back to those trips with other organizations. I had cried so hard simply at the thought of saying goodbye to my sponsored child. I remember seeing children – living in an abandoned school bus or attending a community program – and feeling so much grief and sorrow. I felt broken.

And now I found myself not feeling these emotions. I wondered what was wrong. Why wasn’t I crying? Had I become less sensitive? Did I not love these children as much? Why wasn’t I heartbroken at the thought of saying goodbye? Had I become calloused over the years and didn’t care as much?

I shared my feelings with my husband and found he too was feeling the same way. As we dialogued about it, we realized something. What we were feeling wasn’t a calloused heart or a lack of love, but instead, it was peace. We had peace knowing these children were not going to be overlooked. They had Victor and Lety standing up for them.

On a previous mission trip, I felt I had to be the one to stand up for my sponsored child when he was being bullied. I was nervous for his future. But here at the Forward Edge children’s program in Mexico, that didn’t happen. They have grandparent-like figures who’ve known them for years. Victor and Lety have been a constant source of dependability for these children having led the program for 16 years.

So, as I said goodbye, I felt a little sad, but not because I was worried about the children or their future. I simply felt sad because I had loved my time and would miss them. I had such peace knowing they are being left in amazing hands and will continue to be noticed, stood up for, and personally checked in on.

What a joy to have this peace, knowing these children have the support they need for a beautiful future. To know they will be looked after and are not just a number in the system. To know that I get to have a small part in their lives as well.

I am very grateful that Victor and Lety have chosen to give their lives each and every day for these children and their families. The work they do is not merely a job but rather a lifestyle. It’s amazing the difference two people can make, and it astounds me how they have personal connections with each child.

More Than A Dream Fulfilled

My husband and I had our wish fulfilled as we went on this mission trip with our family. However, instead of tears and returning home feeling broken and worried, we had an incredible peace. We returned home with joy in our hearts. God had not only given us our desire to go and meet our sponsored children, but He’d given us a surprise: the surprise of seeing each child fully known, truly seen, and not forgotten. 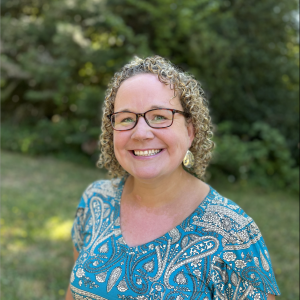 Melanie Kruse
Melanie has always had a passion for lives being changed, especially for those in difficult circumstances. Her life has been greatly influenced by the love of Jesus and she desires others to find this hope as well. She and her family sponsor six children in two countries, and they love any opportunity to visit them. Melanie works as the bookkeeper and assists with communications and other administrative roles at Forward Edge International.

Fundraising Tips for Your Mission Trip

Forward Edge International has sent over 1,500 mission teams over the past three decades. During that time, we’ve gathered a few tips common among those who’ve successfully raised funds for their trip. Fundraising not only helps support your trip financially, it also provides a way for your friends and family

Why Can’t I Instant Message My Sponsored Child?

As Christ-followers, we give to others to follow Christ’s example and to invest in His eternal Kingdom. We trust Jesus when he said, “It is better to give than to receive” (Acts 20:35). While it should never be the reason why we give, a secondary benefit when we do, in

Why I Went Over The Edge

A Birthday with a Purpose Rappel down the side of a building to raise money for children?! I’d never heard of such an idea, but it sounded great to me! I’d get to challenge myself, do something fun, and help children all at the same time.   My fundraising goal was 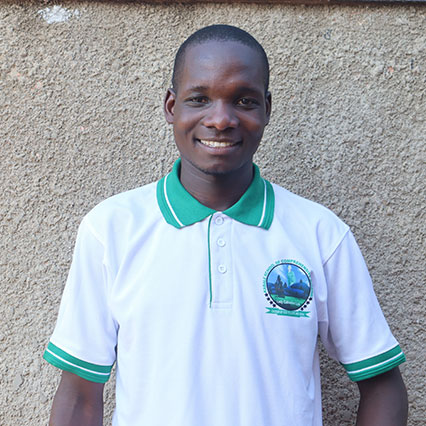 Habari (Hello), my name is Job

Job lives with his single mother and 3 siblings in a three-room house with electricity but no running water. The family fetches water from a spring that is one kilometer from home and they use firewood to prepare meals and boil water.