Many of us have seen profile photos of children in sponsorship programs; they are often solemn, sad and sometimes down-right angry looking. I know I have thought at times, “Wow, that poor child must be so unhappy!” But then I come across a video from the same organization in which the children are playing and laughing, and I scratch my head wondering what the difference is.

I recently had the opportunity to visit our children’s sponsorship program in Vernet, Haiti. In advance of the trip, one of the tasks I was preparing to tackle was taking updated photos of the children. Because I had experienced this aforementioned phenomenon with our program kids, I was a little daunted by the thought, but also determined to get cheerful photos if I had to stand on my head (not really–but you get the point) to do it.

While pondering how to go about this, I remembered a conversation I had with a friend. I was remarking that even though we try to model smiling for the kids and say things like “show your teeth”, we often end up with toothy grimaces instead of genuine smiles. She then shared something I had never thought of: Many children don’t understand the concept of smiling (especially on cue) because they don’t know what that looks like on them. The next thing she said caused the light bulb to go on–”Children often don’t know what they look like because they have never even seen themselves in a mirror.” I knew then what I would do!

When I met our Haiti kids I was elated by how full of joy they seemed–and I was encouraged that I could capture that in my photos. Over the course of the next two days I started playing and making silly faces at and with them. I smiled A LOT, stuck out my tongue, rolled my eyes and invited them to do the same. We just had fun. Then I whipped out my cell phone and started taking photos and showing them what they looked like–they couldn’t get enough, and soon my phone was more popular than I was.

All of this was going to culminate in a lesson and activity I would lead the next day which I hoped would help my cause. The topic was being made in the image of God–and while it was a great biblical teaching in its own right, I had an underlying motive. During the course of the lesson we played the mirror game, I did a funny skit with a mirror, and we finished with a craft in which each child made a mirror of their own. We looked at ourselves, made funny faces, smiled big smiles and thanked God for making each of us unique and in His image. 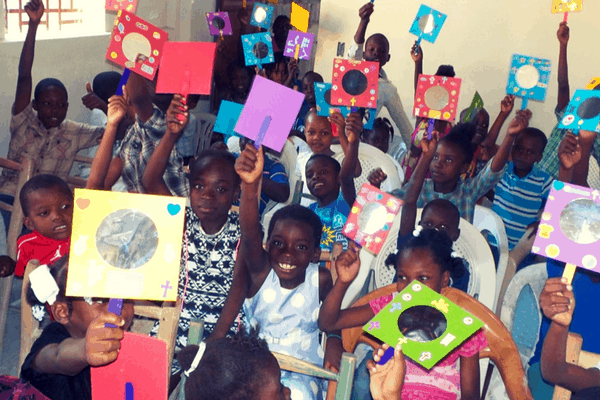 Then, (wait for it…) it was picture time! I would love to say that after all that practice every child smiled, but some didn’t–at least not without a little cajoling. However, the majority of the kids smiled easily straight-away, and I was thrilled; I could see the image of God in each of their sweet faces.

This exercise was a good reminder to me that there is usually more behind what we see on the surface, and sometimes it takes looking from another’s perspective to discover the truth. The reality may often be more innocent than we judged it to be, and can be transformed by a little understanding and encouragement.

2021 has been an incredible year. At Forward Edge, our hearts swell with gratitude for all God has done. His awesome faithfulness through another difficult year has been such a blessing to witness. Children around the world are discovering their true worth and purpose and growing in intimacy with Jesus,

A Recipe for Transformation

When I introduce new people to Forward Edge, I’ll often describe what we do this way: we help children around the world overcome poverty, discover their true worth, and pursue God’s extraordinary purpose for their lives.  I believe these three descriptors are distinct and important. Let me explain a little

What is Child Advocacy and how do I do it? “Child Advocacy”… such an official sounding term, isn’t it? Miriam Webster defines advocacy as “the act or process of supporting a cause or proposal”, and when broken down that way, it’s a pretty simple concept. Many of us are child 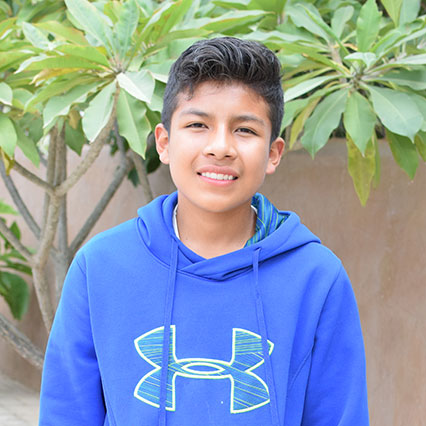 Hola (hello), my name is Bryant

Bryant lives with his mother and 3 siblings in a concrete block house on a piece of land that was inherited by his mother from her grandparents. In order to build the house, Bryant’s father had to take masonry work away from the community to earn enough money. He has been away from the family working for a year. Bryant’s mother stays home to care for the family.