Why We Should Involve Children in Development

In his book, “Empowering Children”, former Forward Edge board member, Dr. Ravi Jayakaran, shares the importance of involving children in the process of their own development. When a community invests its resources in its children, it invests in its own future. Just as Forward Edge values all children and believes they have dignity and are created in the image of God, Dr. Ravi explains that the input of children is valuable. Involving children in the entire process can bring extraordinary results because children begin to realize that their concerns are important, which in turn reminds them of their importance in God’s plan for this world.

Rationale for Involving Children in Development

Is there a valid rationale for involving children in development? Is this just the fancy (and perhaps unrealistic) dream of some idealist? Or is it merely the current “fashion” doing its rounds in development circles?

Yes, I do believe with all my heart that there is a valid rationale for involving children in the process of identifying their concerns for their own development and also for involving them in the entire process. This is definitely not just idealistic nor is it something that is being suggested because it is the latest watchword among leading organizations involved in child-focused development. Children are an important part of society, and how they are treated and valued is an important indicator of their community. When a community invests its resources in its children, it is essentially investing in its own future and furthering its own survival strategy. Investing in children promotes long-term sustainability.

In addition, children have the right to participate. Articles 9, 12, and 23 of the United Nations Convention on the Rights of the Child declare that children, including kids with disabilities, have the right to participate fully in their communities and in decisions that involve them. The Convention also strongly emphasizes that “the best interests of the child shall be a primary consideration” for all things that affect them. How better to empower children and act in their best interests than to ask for their input? When an investing agent wants to invest his or her client’s finances, the ultimate stakeholder-the client-must be consulted. Why then does it seem unreasonable to find out from children what their perspectives and concerns are? Perhaps the whole idea sounds ridiculous to some people because they wonder what useful contribution children can make. This assumption is probably because they feel the children are too immature to know what they want, and that adults should therefore do their thinking for them!

During some PLA exercises conducted recently in south China, this became immensely clear. First, PLA exercises were conducted with a group of parents, with the goal of finding out what the parents saw as challenges for the children in their community. The parents identified two primary challenges:

Other challenges included the inability to speak Mandarin when they first got to school (since the community primarily used the indigenous language of their minority group), and time wasted watching television.

When this was shared with the larger group, they also agreed that these were the problems faced by children. When the same exercise was conducted with children to find out what they were “unhappy” about, they identified four primary challenges:

It turned out that the perspectives of the children were considerably different from their parents’ perspectives. We then used the exercise to explore further what children liked to do. The response was immediate, graphic, clear, and emphatic. They loved going to school and doing housework to help their parents with domestic chores. In addition, they loved playing and planting flowers. Watching the reactions of the community to this information was very interested. They kept discussing among themselves and looking with wonder at their children!

From a Christian perspective, the realization that all children have dignity and are created in the image of God helps us to see that children’s input is valuable. The Bible’s concepts of community, church, and mission further help us to see that God not only uses children in his wonderful plan but that he also wants all of his children-male, female, young, and old-to participate in his work in the world. Think about Joseph, Miriam, Samuel, David, Naaman’s slave girl, Esther, Mary, and even Jesus himself. God used each of these individuals while they were still children to change entire nations! Surely, we should value children’s participation and encourage them to be involved in the development process as well.

Children understand their world very well. They know how to share this information if the process is appropriately facilitated, and their participation is both a right and a biblical emphasis. Mobilizing children’s participation is not very difficult, but the results can be extraordinary because the children will immediately realize that their concerns are being addressed. 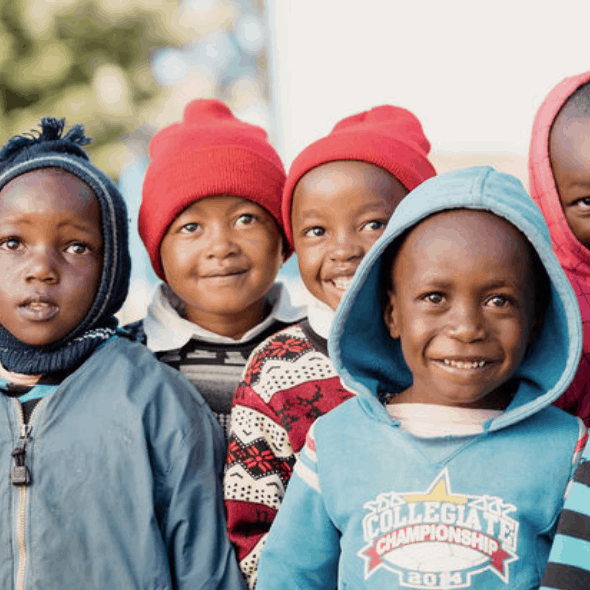 The Verge is a caring and committed group of monthly givers pushing past the barriers of poverty to bring transformation to suffering children and communities around the world. It’s people like you, giving anything they can to prove that the Gospel + practical help can break the cycle of poverty, one person at a time.

Proclaiming the Gospel in Word and Deed

by Joseph Anfuso I had no idea in the spring of 1980 that a two-day trip to Nicaragua would not only change the trajectory of my life, but cause me to reimagine Jesus’ commission in Mark 16:15: “Go into all the world and preach the gospel to every creature.” At

Letters are vital to raising support for your mission trip. If you have to choose between letters and events, choose letters. Here’s why: They work. People love to see others serve, and they will respond. Even if they might not go themselves, they can be a part of your experience.

“Don’t Worry – Be Happy.” It sounds cliché and is easier said than done. Especially when we’re in the midst of something we feel is robbing us of our joy.  Difficult times are an unfortunate part of life, but they are also opportunities for growth. Many of us believe, even if unconsciously, that our personal

Bonjou (hello), my name is Ismael

Ismael lives with his parents in a concrete block two-room house that they rent. They have electricity and running water. They use an outdoor kitchen and latrine. His mother works as a street vendor and his father does masonry work to provide for the family.