Three Team Members, a piece of cake, and Miss Bonnie

It had been three days, and none of us had met Miss Bonnie.

“We could see this small shed on the property as we were working, but weren’t sure if someone was actually in there. And then we heard that Miss Bonnie had gone through an entire night sleeping in that shed, without electricity or heat…on a night when it was below freezing.”

That’s when the three youngest members of the Houston team from New York decided to pay Miss Bonnie a visit.

A Fateful Trip to Houston

Even before the team from Shelter Rock Church in New York departed for Houston, they faced a fair amount of uncertainty. 18-year-old Hannah said “We packed what we could and learned what we could…we knew we would have to do ‘the dance’ as Kay from FEI would call it.”

Will, who was on his first mission trip at age 21, shared, “Going into the week, I honestly had no idea what to expect.”

Hannah, Will, and the rest of the team from New York were Houston-bound to help victims of Hurricane Harvey who had seen their homes damaged and many of their possessions destroyed. As part of a disaster response team, their group was tasked with not only building and rebuilding peoples’ homes, but building relationships with each other and the people they would be serving, too.

Arriving in Houston, the team set to work on the homes of Keith, and his neighbor, whom he called Miss Bonnie. The team had a chance to meet Keith, but over those first few days, saw no sign of the mysterious Miss Bonnie.

After that first evening at the team debrief, the team all shared this sentiment expressed by Andy, 21: “It felt strange to be working so hard on someone’s home and not even see her around. So I volunteered to go over to the shed the next workday.” “We learned she had been without electricity or heat one night when it was below freezing… we really thought that we had to go meet her and make sure that she was okay,” said Hannah.

After the 11 am prayer on their worksite, the three youngest members of the team gathered their courage, as well as a piece of cake they had set aside for Miss Bonnie, and cautiously approached the shed. “The three of us were pretty nervous, not knowing anything about Miss Bonnie or how she would feel about us knocking on her door…we all thought we would be intruding.”  Andy adds, “We were a little nervous about how she would receive us, as we heard that she wasn’t a believer.”

The group knocked, and a sweet old woman came to the door, welcomed them, and invited them in to sit down and talk. She was fascinated to hear that they had come all the way from New York, and the group shared that they were working on putting down flooring in her bedroom. “Miss Bonnie invited us in and I saw her whole life stuffed into this damp, cramped shed, with one heater, two windows and all her appliances on one table.” Miss Bonnie shared with them about what it had been like when Hurricane Harvey had stormed through, and the damage it had left. “It was heartbreaking,” shared Hannah.

The group had heard that Miss Bonnie was an artist, and told her it was obvious from all the decorations outside her shed! Miss Bonnie brightened at the opportunity to share her art, and showed the group three pieces she’d been working on. The first was a portrait of an artist friend of hers (“…Andy, Will, and I looked at each other because it was definitely not an artist, it was Jesus,” said Hannah.) The second was a beautiful purple pastel piece. When Miss Bonnie moved to show them the third piece, her face fell—seeing that the piece had been desecrated by mold from her living conditions.

In hopes of brightening her spirits, Andy, Will and Hannah asked whether Miss Bonnie might like a cup of coffee and to meet the team, she was thrilled and excited to meet everyone, showing them bamboo plants growing around her home, and meeting the team who had been working on repairing her home. “The happiness radiated from her smile and there was so much love and so much God in the room at that time,” Hannah said.

It was then, while Miss Bonnie was showing the group around the house, that they noticed something odd and dangerous—a pipe had burst and was spraying water into the 25-degree air. The group ran to fix the solution, going where Bonnie showed them to turn the water source off. “It was God’s timing that worked all of this out,” Hannah explained. The group had all been working inside due to cold conditions—it was only the prompting in prayer that they visit Miss Bonnie that allowed them to see the issue in the first place.

Throughout the week, Miss Bonnie became a regular part of the group, visiting and checking in to see progress on her home…and have more cake, which the team brought her daily. “By the time we left, Miss Bonnie’s home was ready to move in and Miss Bonnie was also ready to invite God back into her life. She prayed with us and was so grateful,” Andy shared.

For Andy, God also had another gift in mind. Andy’s own grandmother had passed away just months earlier. On meeting her, Andy felt that Miss Bonnie and his grandmother were similar in so many ways—she even started calling him her grandson from New York! Andy shared, “That’s when I knew that our meeting had a divine purpose for the both of us.”

God uses people—even the people we least expect, in ways that we often would not imagine ourselves. For Miss Bonnie, meeting Jesus again came in the form of three kids knocking on her door with a brown bag full of cake. “Through this trip,” Hannah shared, “we all learned to ask and not assume. We all assumed Miss Bonnie didn’t want to meet us…it took us three days to ask. We all know we have neighbors in our own towns who might need our help…and now we know to ask them if they need help as well. We said we would all help the Miss Bonnies in our own towns.”

Will agreed that for him, this trip had a powerful impact. “I learned how powerful it is to pray…and that God does, in fact, answer our prayers. I learned that one of the best things you can do in this life is to help someone out who has nothing to offer in return.”

Hannah, Will, Andy, and their team were able to ease heavy burdens that rested on Keith and his neighbor, Miss Bonnie—both physical, in rebuilding their homes, and emotional, in knowing they are seen, loved, and not alone.

If you’re interested in joining a Forward Edge Disaster Response Team and making an impact on people whose lives have been affected by a natural disaster go here. 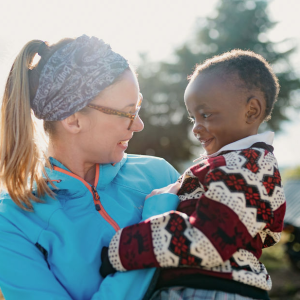 Desi McAnally
Desi has a passion for people and the Gospel. She has led short-term mission teams to Nicaragua, Mexico and Kenya, and is the Marketing and Communications Coordinator at Forward Edge.

Nubia’s Story: The Power of Love

Love has a way of radically transforming lives. At Forward Edge, we place our focus on helping children trapped in poverty reach their full, God-given potential (Ephesians 2:10) by meeting their basic needs (food, safe water, health care) and empowering them with quality education, vocational training, and spiritual discipleship. This

Relationships are everything. And it’s not just those in the U.S. reaching out to other countries; it’s the entire Global Church engaging with and learning from each other. As an organization, we seek to foster and steward those vital relationships. Recently, the director of our Uganda children’s program, Bonny Lugayizi, 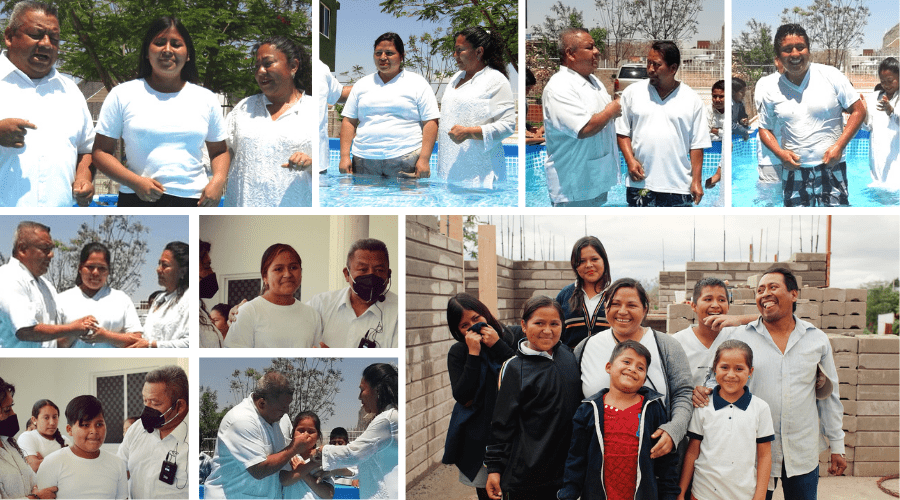 A special message from our Program Directors in Mexico, Victor and Lety Velasco: Hola and Feliz Navidad from Forward Edge and our program down here in Oaxaca, Mexico. We want to tell you a story of the impact you’re making. One of the first families to join our program 10

Many teens from our program in Mexico recently had 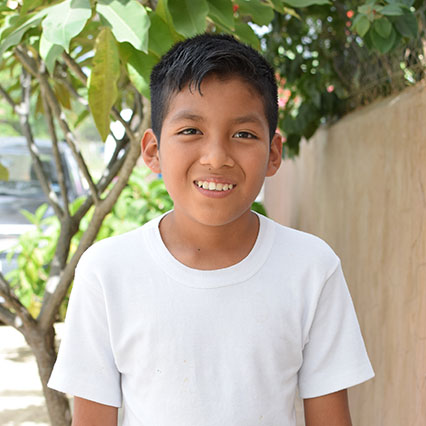 Jose lives with his mother and 3 siblings in a concrete block house on a piece of land that was inherited by his mother from her grandparents. In order to build the house, Jose’s father had to take masonry work away from the community to earn enough money. He has been away from the family working for a year. Jose’s mother stays home to care for the family.